30th season of the LHTSJ

30th season of the LHTSJ: at the dome, Jean-Alexandre won the title of Champion against Eric in the final in which he made a rise of 3 points in extremis to finally win 5-4. In the semifinals, he eliminated first place Jimmy, although he scored 5 consecutive goals in the third period, but it was not enough to stop Jean-Alexandre who won 6-5; at Coleco, Daphne was again in the lead for the second time and met Jimmy once again in the final. Despite the advent of a third game, she could not defeat his opponent. Note also the good performance of Eric in the semifinal which also led Jimmy until the third match. 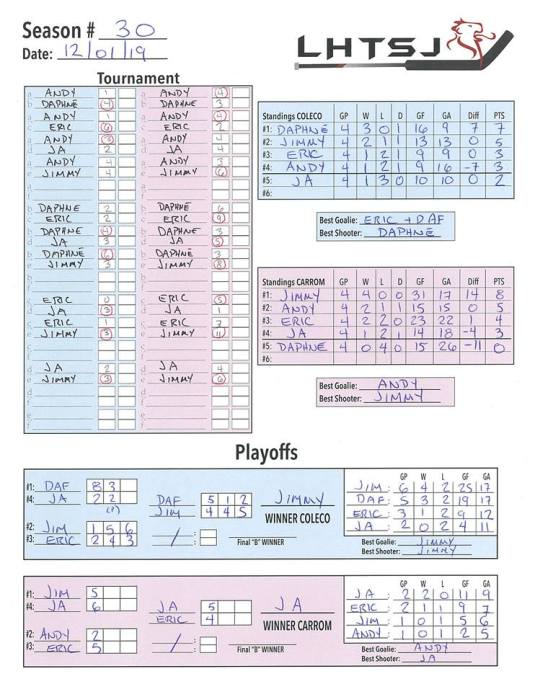